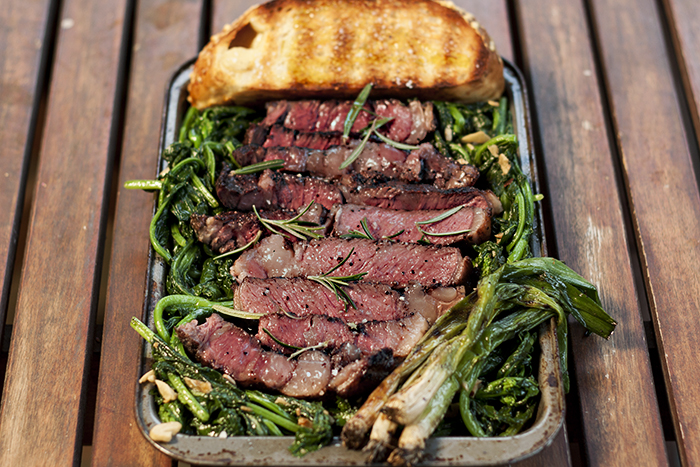 I have to admit, I’ve been really bored with food lately. Bored with talking about it. Bored with eating it. Bored with cooking the usual suspects I churn out of my kitchen. It’s been a bit of an inspiration desert around The Oink house lately.

A desert, yes, but a desert filled with beautiful native landscaping. Over the past few months my time and energies have been poured into my yard. An activity, I’ve discovered that does not lend itself to being talked about. It turns out no one really gives a shit about my four varieties of salvia. Or the subtle differences between colors of yarrow. Or that this specific prickly pear is actually only from the Big Bend area where my horticulturist friend…. And this is where people stop listening, reading or caring. Which is just fine by me, yard work is a pursuit that lends itself to silence. Plants don’t talk, which is part of why I like them.

There is a specific pleasure to taming the small piece of nature immediately in your purview. And an even greater pleasure in having the sore back, aching joints and blistered palms to show for it. Man vs. Nature is a classic plot theme for a reason. My yard now has 36 new square feet of dedicated garden space. 2000 new pounds of soil. 1600 new pounds of mulch and manure. And quite a few new flower beds filled better looking plants than it has ever had before. Not to mention about 50 buckets of my own sweat. It is now firmly my domain. And the tomatoes, peppers and cucumbers in those new raised garden beds should be in prime shape for picking, eating and pickling with the two kiddos my early summer.

In the meantime, the work has to stop eventually. And having completed Stage 3 of my 5 step lawn domination process, the other night was just such an occasion to take a break from my efforts, grill a nice ribeye and admire my handiwork. My vegetables are still too tiny to pick, so this was a garden dinner consisting mostly of beef… but I did look at my newly expansive garden patch while grilling it. Which as far as these things go, wasn’t too shabby at all. 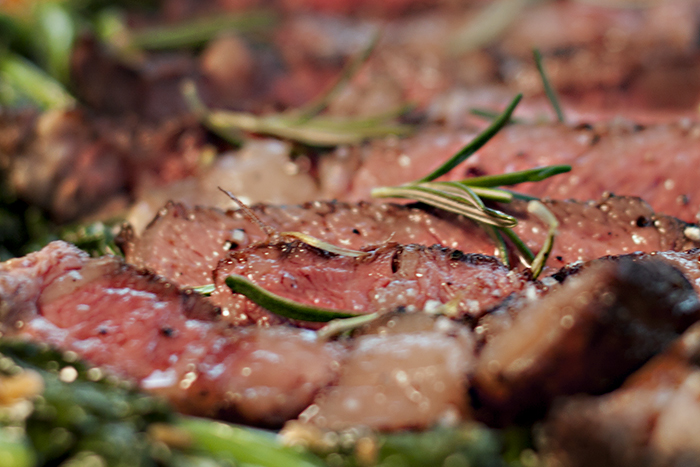 I have a very specific process for grilling that I think makes the best steaks. Basically, everything I do is in service of a very crispy, heavily seared exterior and a somewhat bloody medium rare interior. You can deviate from my methods if you want to, but honestly, I don’t know why you’d want to.
1 ribeye, bone-in, at least 1.5 inches thick
Black pepper
Kosher Salt
Finishing Salt
Rendered Bacon fat
Good quality olive oil

Salt and pepper your ribeye and let it come to room temperature. Light a charcoal grill with enough fuel to make a very hot fire. When the grill is completely heated, use some of the bacon fat to oil the grill service, then rub a small amount on both sides of your steak. Grill the steak with the lid open, turning it frequently—I put flavor and texture before perfect grill marks. When the steak is just past rare, remove it and let it rest for about 15 minutes. Sautee up some rapini with lots of garlic and chili, grill a few pieces of bread and green onions over your fire while you wait. Slice up your steak, finish it with some olive oil and sea salt, toss on some rosemary sprigs if you feel like it, and you’re in business.